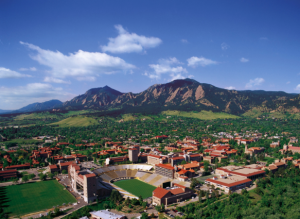 The City of Boulder, Colorado encompasses approximately 28 square miles of land, nestled at the foot of the Rocky Mountains, and most notably, the Flatirons. One of the unique attributes of Boulder is that the city is surrounded by a ring of city owned Open Space called a greenbelt. The city has been proactive in maintaining that Open Space and acquiring new land over the last 20+ years. The city and county owns and oversees about 100,000 acres of Open Space along with over 110 miles of trails to explore. It is also one of the best places in America for startup companies and tech hubs so the economy is booming. All that plus the vibrant downtown makes the city of Boulder truly a one of a kind place to live.

As more people and businesses discover the exceptional quality of life that the city has to offer, the real estate in Boulder has been growing in high demand for several years with no signs of slowing down. This growing demand to own a home in Boulder has led city officials to impose an extremely strict limit on housing growth (1%) with the objective of preserving the high quality of life that residents here have come to know and love. This has led to outstanding appreciation in the home values in Boulder.

The City of Boulder began in the fall of 1858 as a small mining camp on the banks of what became known as Boulder Creek when the first settlers reached the mouth of Boulder Canyon. The settlers called their campsite "Red Rocks" because of the red sandstone cliffs which overlook the creek. Friendly contact was made with Chief Niwot and the Arapahoe tribe. The first gold was discovered in January 1859 at Gold Run, an area 12 miles NW of the present Gold Hill community. The city of Boulder received its name due to the vast amount of burdensome rocks the settlers had to clear away from the land before they could start to construct their homes and the town. The city started to see a decline due to the Native American uprisings along with the downturn of the nearby gold camps. However, in 1871 the city of Boulder was brought back to life with the possibility of attaining a railroad and a university. The town was then incorporated under the Territorial Government. Two years later, both the Colorado Central Railroad and the Denver-Boulder Valley Railroad reached the city. The founding fathers began charging saloons $10 to operate, and they began a tree-planting program—evidence of the city's long-standing commitment to environmental stewardship.

Boulder In The News